Page Discussion View source History
Revision as of 05:39, 27 June 2016 by Doobes (Talk | contribs) (Created page with "{{Tutorial|Sounds|Korman}} file:KorMessage03.jpg This tutorial will show you how to add a sound into an Age with Korman. =Getting Started= Korman eliminates a lot of t...")
(diff) ← Older revision | Latest revision (diff) | Newer revision → (diff)
File:KorMessage03.jpg

This tutorial will show you how to add a sound into an Age with Korman.

Korman eliminates a lot of the busy work that previously went into adding a sound. You no longer have to have the sound file in the same folder as the blend file and you no longer need to convert the sound into WAV format first. You can directly link to a sound already located in URU's SFX folder with no extra fuss.

If it's easier, you can still copy the sound into the blend's directory, as it will make it easier to locate when you choose the sound file later. Just make sure the same sound file is also located in the installation of URU to which you are exporting.

To start, you will need to add an empty object. For most sounds, you want to locate the empty around where the sound is centralized. For this example, let's look at a Nexus pedestal: 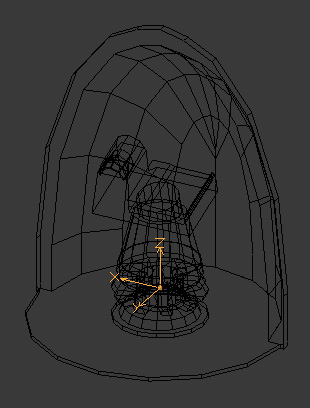 As you can see, the empty is located in the middle of the turning gear as that is where the sound would originate. 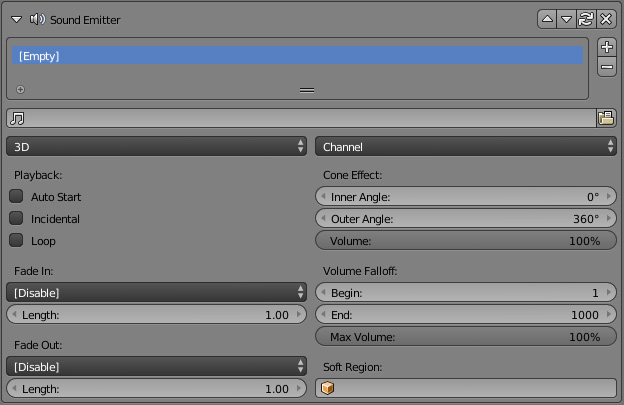 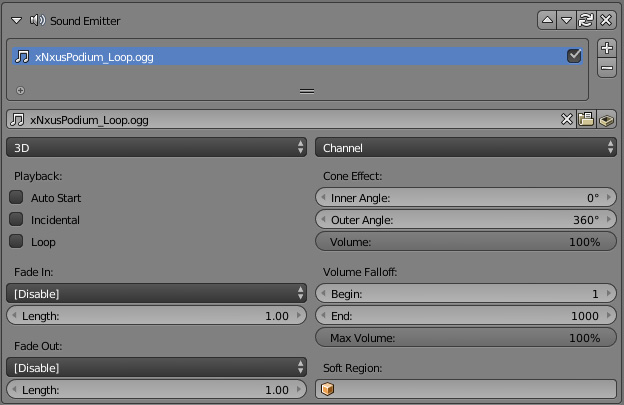 Next to that, you can choose if the sound will play in the left or right channel (both selected is usually the default).