This tutorial will go over all of the existing Plasma Modifiers found in Korman.

Modifiers in Korman are used to make the various game logic in URU work, such as footstep regions, animations, Linking Books, node trees, and more! Each has its own various settings, with some requiring their own tutorial (associated links will be below).

Where To Find Them

To add a Plasma Modifier, simply select the object to which you'd like to attach one and click on the Physics button in the Properties window. 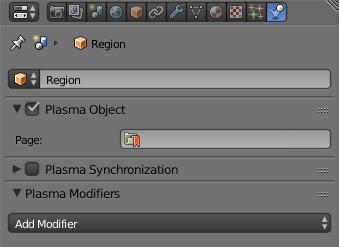 From here, you can select a variety of modifiers to use many functions in URU. Each modifier has a specific function, and each will be described below. 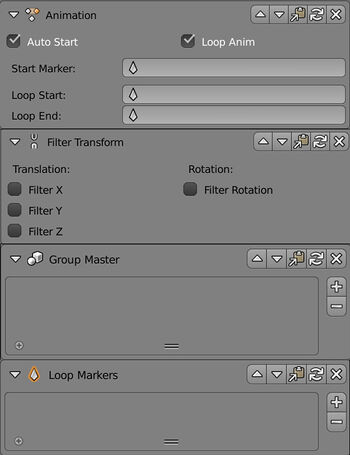 This modifier will enable any animation attached to a specific object. Note that it will not work with an object that does not have an animation f-curve. 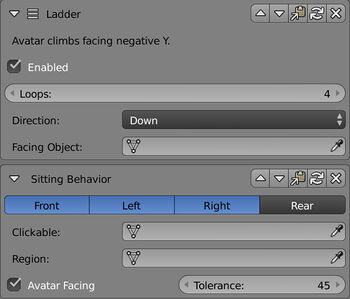 These modifiers control some avatar behavior.

Makes a region part of a ladder. One of these is needed for both the top and bottom of a ladder.

Creates a sitting mod for the avatar.

GUI modifiers cause various interfaces (popups) to appear in URU.

Image libraries are used to store such things as journal covers, images in journals, and Linking panels. Click the + to add a new image, then click Open and navigate to your desired image.

Note that all images in this library will export with the .hsm extension, so be sure to use that for any references to images you add here.

Adds a mod to create a journal popup. A full rundown of the mod is in the Journals tutorial.

Adds a mod to create a Linking Book popup to Link to other Ages. A full rundown of the mod is in the Linking Books tutorial. 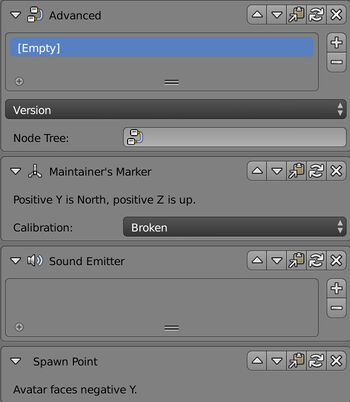 This mod is used to add your various node trees into the Age itself. To do this, simply:

This process can be repeated for as many node trees as you'd like, but node trees must be added into an Advanced mod in order to be exported!

This mod will cause the object's origin point to register its coordinates in the KI (assuming the Great Zero has been fully calibrated).

There are three types of calibration:

Adds a sound effect into the Age. For a more detailed rundowm, click on the Sounds tutorial.

Locations where the avatar can Link into the Age. The avatar will face away from the local y-axis of the object's origin. There can be multiple spawn points in an Age. The default is usually named LinkInPointDefault. 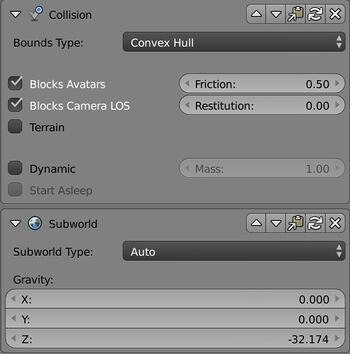 When attached, it gives the object collision, meaning the avatar, camera, or both cannot pass through it.

This mod is used if the object, when animated, moves the avatar along with it. 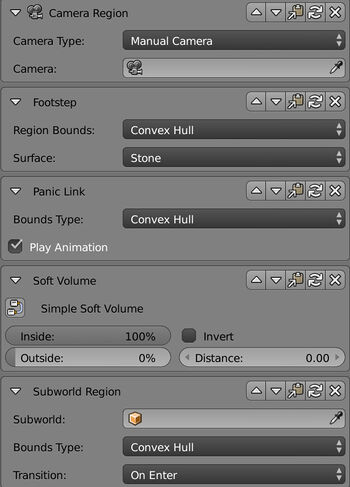 These mods turn the object into an invisible region with certain properties.

This mod causes the region to activate a camera. For more on cameras and their region options, click on the Cameras tutorial.

When entered, the region sets or changes the footstep sound when the avatar is walking. Footstep regions can be within or overlap one another for more accurate footstep sound transitions.

The region, when entered, causes the avatar to panic Link back to Relto.

Sets the region object as a soft volume. For a more detailed description, click on the Soft Volumes tutorial.

Determines the area in which an avatar enters or exits a subworld. 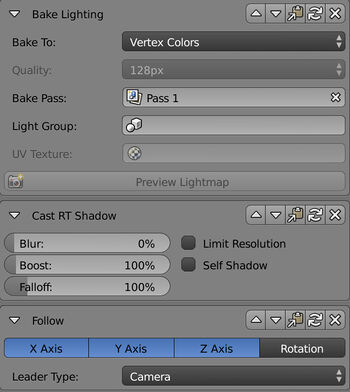 This mod will use the selected surrounding lamps and light sources and use them to create the lighting on a particular object.

Mod that causes the object to follow another object or the avatar. 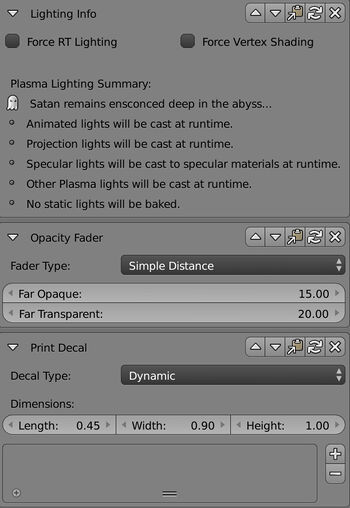 This will influence how the object will be lit.

Check both of these...and Satan shall be unleashed! Beware!

Causes an object to fade in and out given its distance.

For a full rundown of decals, click on the Dynamic Decals tutorial. 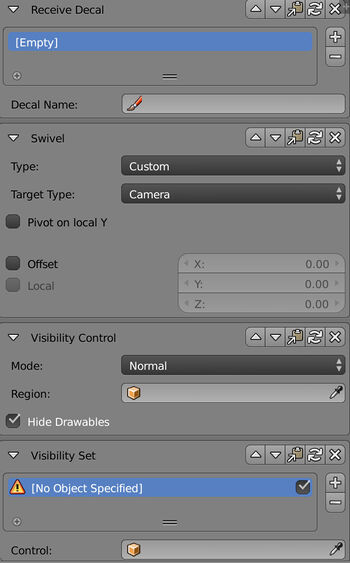 When the avatar walks on the objects surface (or within it), it will cause dynamic decals to appear on its surface.

For a full rundown of decals, click on the Dynamic Decals tutorial.

The swivel mod causes the object to rotate along with the avatar/camera.

An object with this mod will set a VisRegion using existing soft volumes or the point of origin for a reflection.

An object with this mod will be attached to any Visibility Control specified.

Press the + button to add a new Control. You can add as many visibility controls as you'd like.

There are various mods to control the settings for waveset water as seen in Eder Kemo, Gahreesen, etc, as well as a swimming mod for avatars. 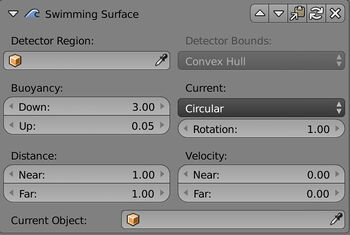 This mod will cause the avatar to swim on the surface of the object (usually a flat plane).

Straight and Circular have a few options to work with: